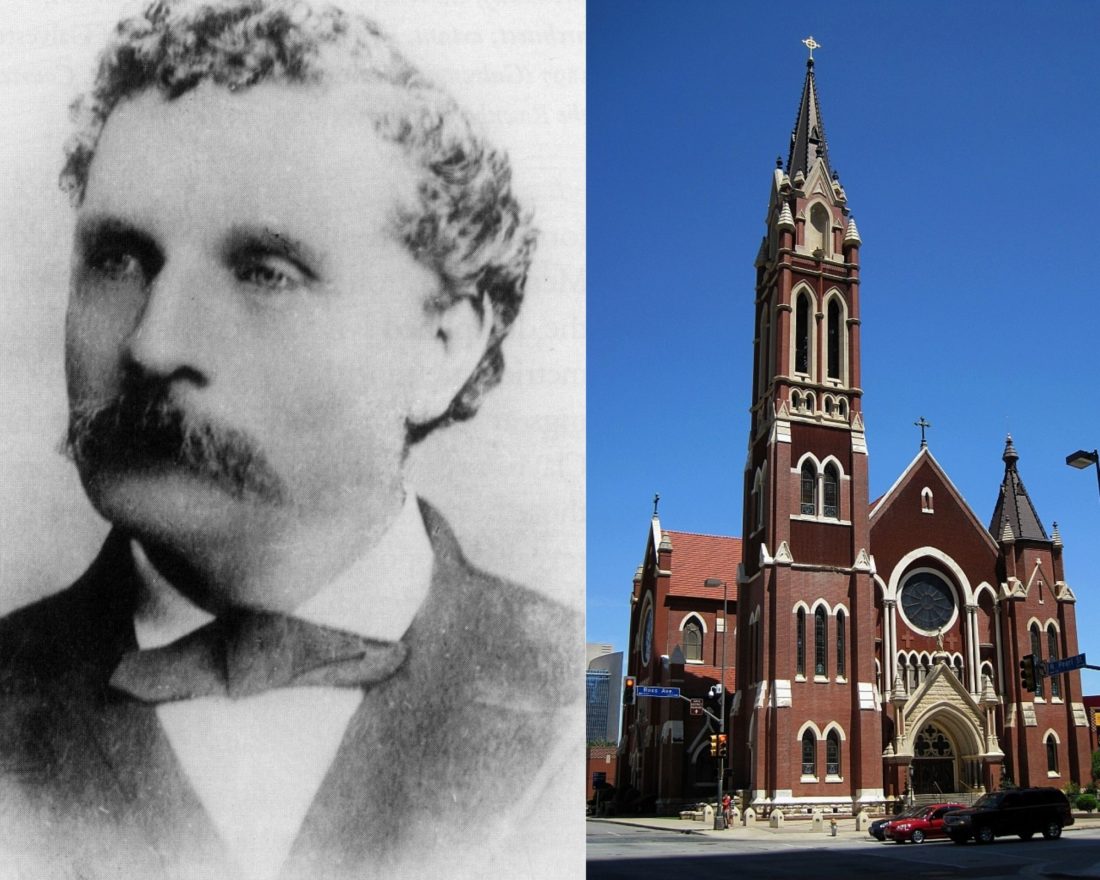 In 1840, Nicholas J. Clayton was born in Cork, Ireland. Moving to the United States as a small child, Clayton went on to serve in the United States Navy, studied with architect firm Jones and Baldwin, and eventually ended up in Galveston, Texas, where he established his own practice in 1875 and became one of the first professional architects in Texas.

Clayton is responsible for many of the major public, commercial, and residential buildings constructed in Galveston during the 1870’s, 1880’s and 1890’s. A High Victorian architect, Clayton’s designs were exuberant in shape, color, texture and detail. Besides designing many buildings in Galveston, Clayton is also responsible for parish churches and other institutional buildings in Dallas and Alexandria, Louisiana.

Our craftsmen at Stanton Studios have gotten the opportunity over the past few years to restore a variety of stained glass windows that can be found in many of Clayton’s architectural creations. We love bringing back the life of a historical piece, and also getting to be a part of architectural history. In this blog, we highlight some of the works of Nicholas J. Clayton, and the restoration work we have completed on each of these buildings to preserve their beauty and history.

Cathedral Shrine of the Virgin of Guadalupe 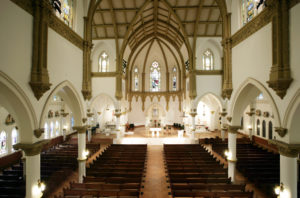 The oldest Catholic parish in Dallas, this High Victorian Gothic cathedral was built in 1902 by nineteenth-century architect, Nicholas Clayton.

According to Texas.com, “The cathedral was created in the High Victorian Gothic style and has details such as Victorian snowflake stenciling along the ceiling.” Though Clayton was responsible for designing and constructing several more churches in Galveston as well as several other residences and buildings, the Cathedral Shrine of the Virgin Guadalupe is the last of Clayton’s works left standing in the city.

The Cathedral is the second busiest Catholic cathedral in the nation, with over 13,000 people filing through the church during the weekend.

Stanton Studios, along with help from Mominee Studios, helped restore and re-install hundreds of stained glass works that are located in this 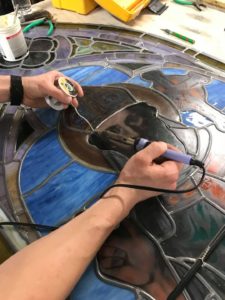 beautiful church as part of a massive restoration project.

There were about 200 panels of stained glass in the church. Stanton Studios and Mominee Studios picked up the windows and took them back to their respective shops. Stanton Studios began the restoration process by taking the old frame off of the window and carefully removing the lead to release the individual glass pieces. Then the individual pieces were soaked and cleaned. Any broken pieces were either replaced or glued back together and then the window was leaded and soldered back together with new lead. The windows were then waterproofed and the lead was buffed. After this, the windows were returned back to Guadalupe Cathedral so they could be re-installed.

This church provided a great restoration project for our team, and we loved every minute of restoring the beautiful windows! 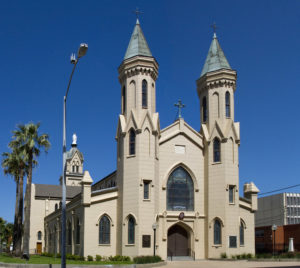 On May 4, 1847, Pope Pius IX designated St. Mary’s Cathedral in Galveston the mother church of the newly establish Catholic Diocese of Galveston. The church, designed by Nicholas J. Clayton, was named to the National Register of Historic Places in 1968. Subsequently, in 1979, Pope John Paul made the cathedral a minor basilica, an honor bestowed upon selected churches because of their antiquity or historical importance. 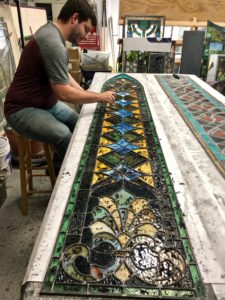 The cathedral is home to variety of beautiful stained glass windows that Stanton Studios has restored over the past year. The photo pictured to the left is one of 26 windows we recently restored for the church. Any broken pieces were replaced, and the windows were then soldered and waterproofed.

We loved getting to restore these beautiful stained glass windows for a church that has such historical significance to the city of Galveston. 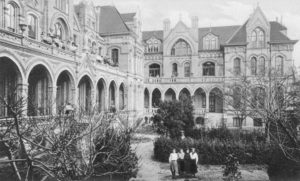 Ursuline Academy is another beautiful architectural structure designed by Clayton. The academy began construction in 1882 in Dallas, Texas. Six nuns from Galveston started the academy with only seven students. However, the school grew in size and reputation and became a well-known academic fixture in Dallas for 76 years.

In 1950, the academy was moved to its current North Dallas location, where it continues to be one of the state’s top girls’ prep schools. Unfortunately, the beautiful architectural structures that Clayton designed were demolished when the academy moved to a new location. 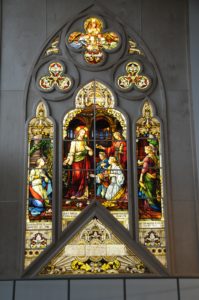 However, our team at Stanton Studios still had the opportunity to restore and create stained glass windows for the current academy in Dallas. One of the projects we took on for the historical academy is the the beautiful window depicting 5 virgins talking with Jesus.

The stained glass structure stands 10 feet tall and is in the lobby of the school, were students walk throughout the day to their classes. We loved creating this gorgeous piece for the academy. 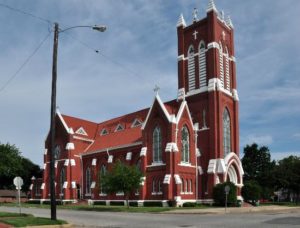 St. Patrick’s Catholic Church was another beautiful church designed by Nicholas J. Clayton in Denison, Texas in the late 1800s.

Our team at Stanton Studios had the pleasure of working on this church over the past few years by rebuilding and restoring the gorgeous stained glass windows the church displays. 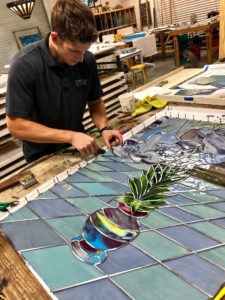 We cut out new glass to replace broken pieces in windows, soldered windows back together, cleaned and weatherproofed the glass, and then these stained glass windows were re-installed back into the historical church in Denison. We loved working on these windows and getting to be a part of another one of N.J. Clayton’s masterpieces.

These are some of the great restoration works that we have had the pleasure of working on! Our team at Stanton Studios loves making custom designs to match each of our clients styles and tastes. From stained glass windows to cabinets, Stanton Studios craftsmen give their all on every piece and we hope you appreciate the artistry as much as we love making them for you.

Interested in knowing more about what we can do for you? Check out our portfolio at http://www.stanton-studios.local/portfolio or call us at (800) 619-4882!